Blog : World Cup Hits Target On Social Media – Who Is The Best Pundit?

World Cup Hits Target On Social Media – Who Is The Best Pundit?

Whether you love football or not there is simply no escaping the World Cup, especially if you are on social media.

Your timeline will be crammed with posts from friends complaining about dodgy referees and VAR, tweets debating who is going to win the tournament and videos showing the raw emotion of fans celebrating a goal.

At the last World Cup in Brazil in 2014, Twitter said there were 672 millions tweets sent relating to the World Cup, making it what the social media network called at the time “the highest number we’ve announced related to an event”. Facebook also reported that the final itself saw 88 million global users made a record 280m interactions – posts, likes and comments. With England making a winning start to the campaign and a place in the last 16 looking likely, I think it’s safe to say that this year’s tournament in Russia is about to surpass that, especially given the standard of punditry from the BBC and ITV.

Both broadcasters have splashed the cash this summer to secure some of the biggest names in the football world to give their expert analysis on the game as it happens.

The Beeb has a stellar line-up including Alan Shearer, Rio Ferdinand, Frank Lampard and Gary Lineker. They have even signed up World Cup winner Cesc Fabregas and former Chelsea ace Didier Drogba for their impartial opinion. But ITV have their own list of star names, including Gary Neville, Roy Keane, Lee Dixon and Mark Pougatch. Their impartially comes from former Croatia boss Slaven Bilic, ex-Scotland striker Ally McCoist and former referee Mark Clattenburg.

However, despite having played the game at the highest level, a number of these pundits seem to have their brains in their feet – constantly stating the obvious, trying too hard to be funny and sending viewers to sleep.

So today we are going to start our own World Cup Twitter competition at @omsurgery to find the Best World Cup pundit. We have thrown 32 names into the pot – including a few commentators to make the numbers up – and they have been drawn at random into eight groups of four. The top two from each group will qualify for the last 16 where we will go straight into knockout competition. The competition will run until we reach the final and can crown the number one pundit.

Who is your money on? Will Gary Neville add to his glittering haul of trophies as a player? Does Alex Scott’s way with words win your vote or does Frank Lampard’s straight talking hit a chord with you? Join us on Twitter and have your say @omsurgery

Once we have found the best, we will then endeavour to find the worst!

Remember, social media is supposed to be fun. You can sell your products and promote your business, but you should try to connect with your audience too, giving them an exclusive insight into your company.

Trusted By Brands Since 2009 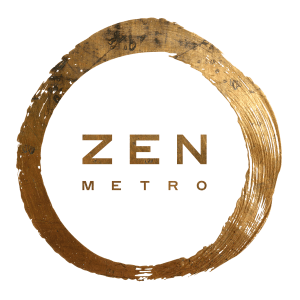 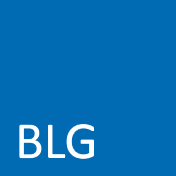